Skip to content
Agneepath Yojana Entry Scheme 2022 Lately “tour of duty” in Indian armed forces has been talked about a lot. And to give it a further push, The Cabinet Committee on Security has taken a historic decision on may 14, 2022 to approve the transformative scheme of ‘Agnipath’. Under this, Indian youth would be granted an opportunity to get inducted into the Armed services. It will allow people who want to become a part of Indian armed forces to enter into the forces through this new entry and opportunity available. Be it Indian Army, Indian Navy, or Indian Air Force. Agneepath Army Bharti Scheme is a central government scheme for all Indian candidates. Through Agnipath, one can serve in the combat forces. The scheme envisages the induction of 100 officers and 1000 other young recruits in the Indian military for a term of three years. Those who will get selected for this recruitment process will be called as “Agniveers“. As decided, ‘Agniveers’ will be provided by a good pay package and an exit retirement package after 4 years of service.
Lt Gen Anil Puri, Additional Secretary, Department of Military Affairs, has said, “Today average age is around 32 yrs, in time to come it’ll further come down to 26 years. This will happen in 6-7 years. In order to transform armed forces into youthful, tech-savvy, modern, there’s a need to harness the youth potential and make him a future-ready soldier?” He mentioned that after four years of service with the Army, resume and biodata of agniveers will be very unique and he will stand out in crowd with his attitude, skills and time.
Most Important Link : Click here
Agneepath Yojana Entry Scheme 2022: Purpose of scheme
The main purpose of central government is to introduce the Indian Army Agneepath Entry Scheme with the aim of training the youth and to make a cut in retirement as well as in pensions. Indian government has come up with this scheme in order to strengthen our security forces and also to bolster the strength of our security forces. Selected candidates will be trained professionally and then they will be recruited within the areas like Jammu and Kashmir border. 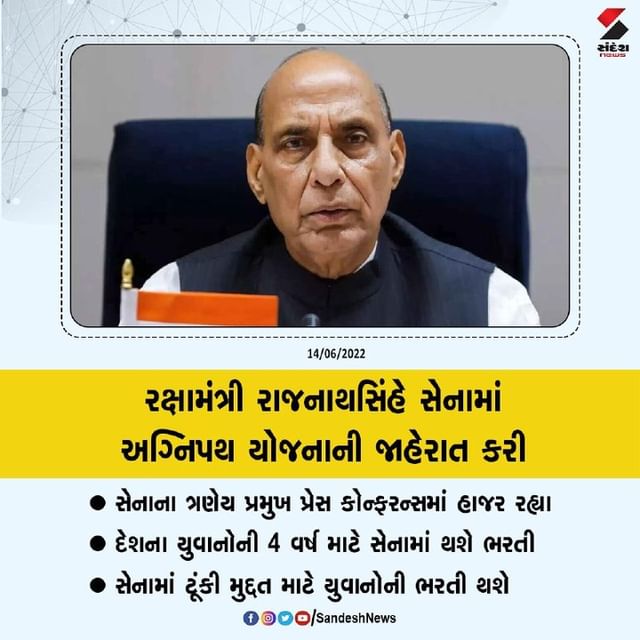 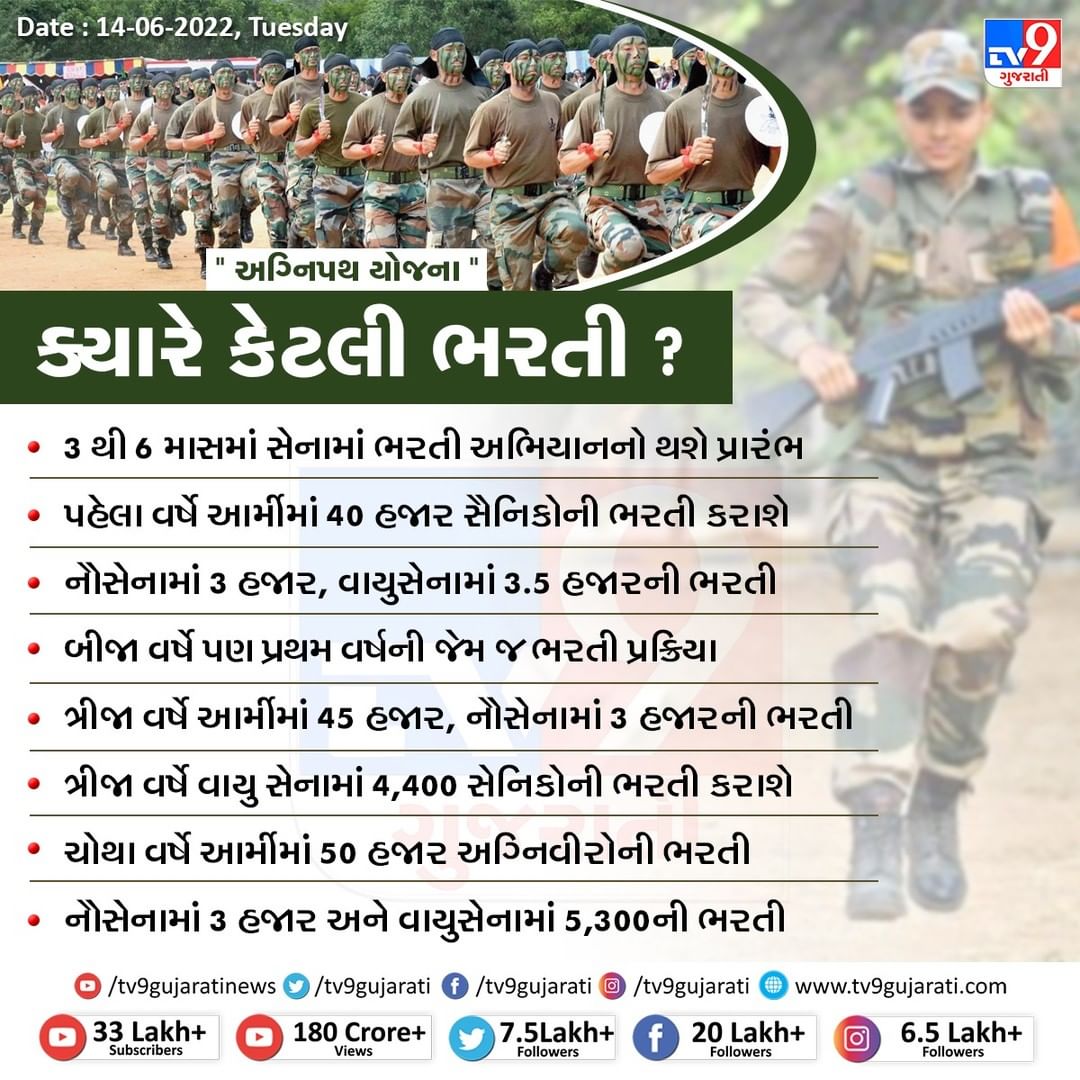 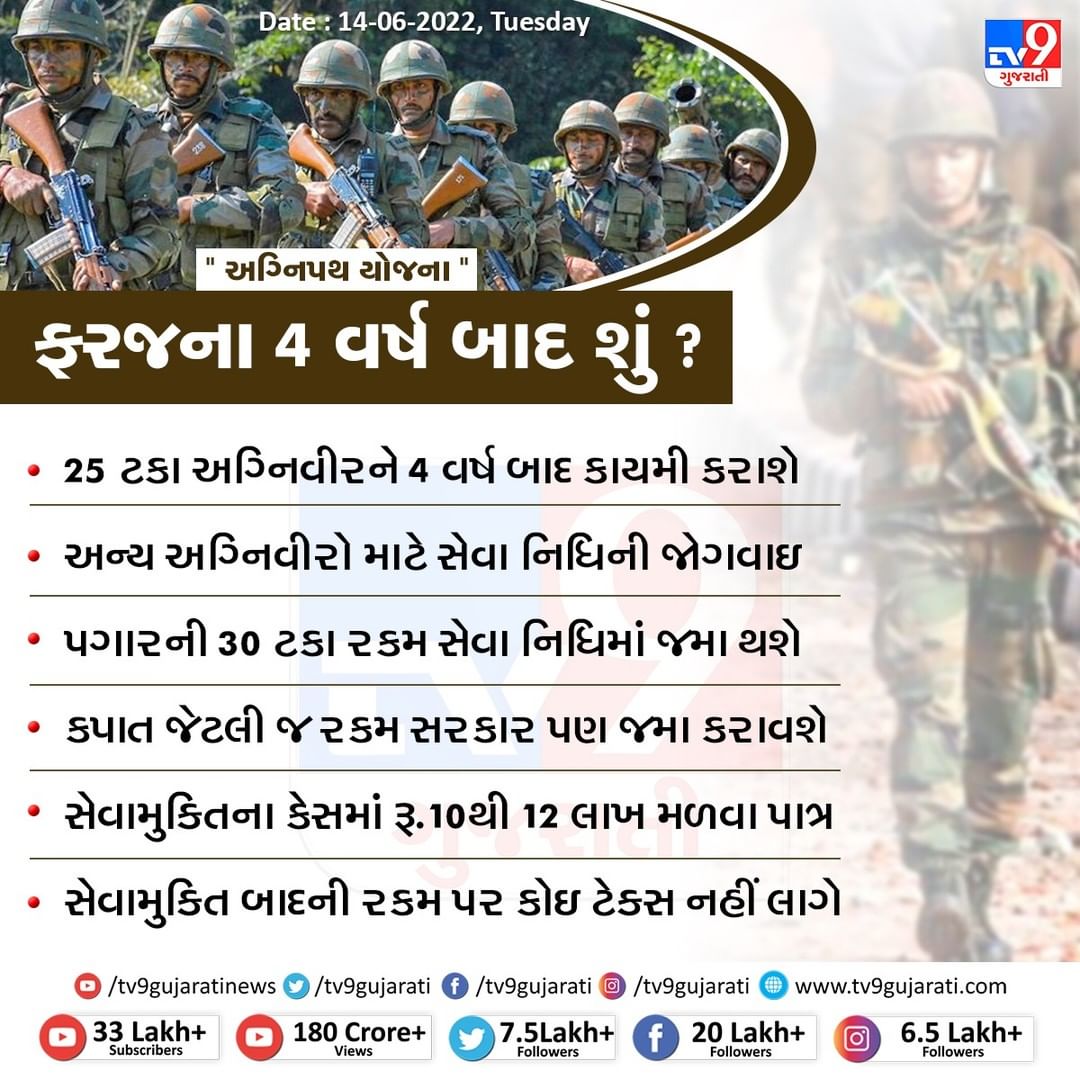 The main thing to focus about this recruitment is that there will be no entrance test for the youth. However the candidates enlisted under the scheme will have to go through a longer training, effectively for at least two years for a four-years term, in order to make them ready for joining armed forces as professionals.

Details regarding this scheme are given below
Eligibility Criteria Under Agneepath Scheme
The eligibility criteria is mentioned below :
Category Education Age
It is quite evident that every year there is a large no of candidates who participate in Indian Army recruitment and who aspire to become the part of glorious Indian armed forces but due to certain reasons there are still many candidates left who are not able to make through it. So this entry is a golden opportunity to achieve their goal as it provide another entry to make a place for them.
Even after completing 4 years in services, there is a opportunity that you may continue with the service if your performance remains satisfactory enough to keep you there after the completion of tour of duty. Under the scheme, it will the service of four years but 25 percent of soldiers, the best professionals will be re-inducted as permanent soldiers. The others would be allowed to leave and given a Seva Nidhi – a corpus of one time amount of Rs. 11.71 lakh plus interest. This amount would be tax free and can be used to think about the next career option in their lives.
Also the soldiers relieved of service will also be assisted in getting placed in civilian jobs after completing their 4 years term. As per reports, government is also dealing with corporates to talk about further employment opportunities for the ‘Agniveers’ after the completion of their term.
Pay Scale under Agnipath Scheme
yearly package that the soldiers will get for the first year in this scheme will be 4.76 lakh rupees and it will rise to 6.92 lakhs in the fourth and final years of the period in question.

After completing their required four years of duty, they will get the benefit of Seva nidhi package, a corpus of one time amount of Rs. 11.71 lakh plus interest –